I love reading and Disney, and a great way to combine the two is reading the Kingdom Keepers series. This series is a fun way to keep the Magic of Disney alive at home. These books follow the story of five teens tasked with protecting the Disney magic from the notorious Overtakers who aim to take over the parks. 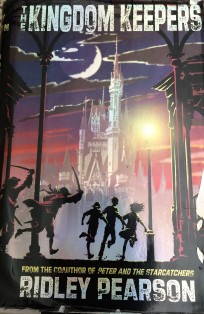 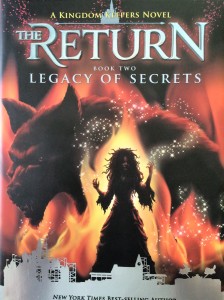 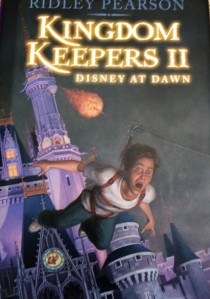 The Kingdom Keepers is a series of novels written by Ridley Pearson. The stories follow a group of five teens, Finn, Charlene, Philby, Maybeck, and Willa, in their quest to protect the Disney parks from the group of evil Disney villains known as the Overtakers. The Overtakers are determined on taking control of the Disney parks and ruining the magic for everyone. It all starts when these five teens are chosen to be interactive hologram hosts in the parks called DHI’s. But one night when Finn drifts off to sleep he appears In the middle of the Magic Kingdom at night. There he learns from an old imagineer and Disney legend named Wayne Kresky, that he and the other four hosts have been tasked with protecting the Disney parks form the overtakers.  At first he doesn’t believe that this is real, but soon learns that the he and the other four kids can cross over into the Disney parks at night in their hologram forms.

The others are at first reluctant but eventually realize that it is up to them to save the parks. Their adventures take them all around the Walt Disney World resort and even in Disneyland, and who knows what’s to come in the upcoming books. You can follow your favorite characters having many adventures in some of your favorite places all over Disney World and Disneyland.

These books are a great way to keep the Disney magic alive at home, and I would recommend reading them if you are looking for a good book.

2 thoughts on “The Kingdom Keepers”